SOLD OUT! Dinner With a Curator

This event is SOLD OUT.

No battle of World War II was harder fought than Stalingrad. A main objective of the 1942 German summer offensive (Operation Blue), this great industrial city on the Volga River was a center of Soviet automotive and tank production. The Germans first leveled it with air attacks, then thrust their 6th Army into the city in September 1942. But the outnumbered Soviet defenders held on grimly, fighting for every inch of the city and turning each building and factory into a fortress. German and Soviet infantry fought to the death in the ruins of the dying city, but the Soviet line held. Having pinned the Germans inside Stalingrad, the Soviet command next launched a great offensive north and south of the city on November 19, overrunning the defenders and linking up deep behind the lines on November 23. The German Sixth Army, over 200,000 men at the start of the battle, was now encircled and doomed inside Stalingrad. World War II had finally reached its turning point, and the Allies set out on their long path to victory. 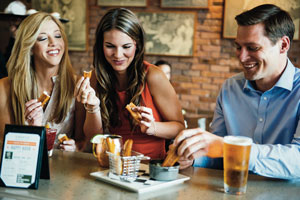